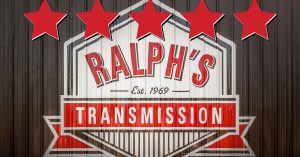 Kyle drives a 2004 Jeep Grand Cherokee and has had persistent transmission problems in recent years. He already had his transmission built by another shop, but was starting to experience some of the same issues as before. The transmission seemed stuck in 2nd gear and the transmission control module (TCM) wasn’t working correctly, In addition, his check engine light was on.

Kyle decided he wanted the expert opinion of other Central Valley transmission shops, so he called several local repair facilities. Unfortunately, none wanted to deal with an electrical issue related to the TCM. When he called Ralph’s Transmission in Modesto, however, it was a different story. We were happy to take a look at his Jeep, so he brought it in for a thorough transmission inspection and diagnostic testing.

“They are very thorough and detailed,” Jeff writes in his recent Google review. “Professional staff and the fastest diagnosis and repair for what I needed hands down. I couldn’t find my electrical issue with my Jeep and they found it in a day, serviced it and had me back on the road.”

The transmission technicians at Ralph’s Transmission confirmed that the transmission was going into fail-safe mode during the road test. Multiple electronic fault codes were revealed with diagnostic testing. The primary problem that was discovered was a bad ground at TCM terminal 37. In addition, multiple wires were broken that should be connecting the line pressure transducer. There were some serious wiring issues that needed to be fixed as soon as possible.

The Ralph’s Transmission team replaced the damage wires and repaired the ground connection for the TCM. They also replaced the input/output speed sensor that was found to faulty. The Jeep was then road tested to confirm there were no more problems, and Kyle was able to get back on the road the next day.

“I recommend them highly,” Kyle adds. “Most places didn’t want to touch the electrical issue but they handled it better than I expected. Reasonable price too.”

Thank you, Kyle, for sharing your story and for putting your trust in Ralph’s Transmission to get to the bottom of your transmission’s electrical issues.

For all your Central Valley transmission repair and maintenance needs, count on the team at Ralph’s Transmission in Modesto. Call us today at 209.526.1909 or schedule your service appointment online.