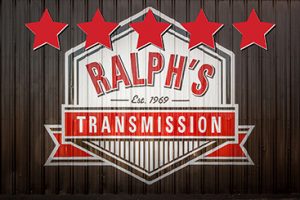 It’s not every day that we have a customer named Ralph walk through our doors at Ralph’s Transmission, but it happened recently. In fact, he is a repeat customer of ours.

This Ralph knew he had a transmission problem in his 2006 Ford F-350 Super Duty. He uses the tow haul mode often to carry heavy loads, but it wasn’t working right. Something just felt off no matter which mode his truck was in. Then, his check engine light came on and his tow haul button would start blinking every time he turned it off.

Ralph’s had been to Ralph’s Transmission before to have a transmission rebuilt in one of his other vehicles. He knew he could trust this Modesto shop that he shared a name with, so he brought his F-350 in for a free transmission inspection. Our transmission technicians found several fault codes when running diagnostics. A road test revealed that the problem was likely related to the coast clutch. We needed to pull the transmission for a more in-depth internal inspection, which revealed a broken coast drum and numerous other issues that included a damaged torque converter, faulty valve body and cracked transmission pan. It was also noted that the fluid was contaminated in the transmission cooling system.

It’s important to note that every transmission rebuilt at Ralph’s Transmission is backed by our 3 Year, 100,000 Mile Warranty. This was helpful for Ralph as he noticed a leak a couple months after his transmission rebuild. It turned out the rear main engine seal between the transmission and the engine was failing, so we replaced it free of charge.

“I’ve had two transmissions rebuild by Ralph’s and it’s best work I’ve found in Modesto,” Ralph says in his recent online review. “They stand behind their work. Without a doubt I would recommend them.”

It’s always nice to get an endorsement from a fellow Ralph! Thanks for putting your faith in our team and thank you for sharing your feedback in a Google review.

If you are experiencing transmission problems, just follow this Ralph’s advice by turning to Ralph’s Transmission. Call our shop today at 209.526.1909 or schedule your service appointment online.